Lost in the Jungle of Grief 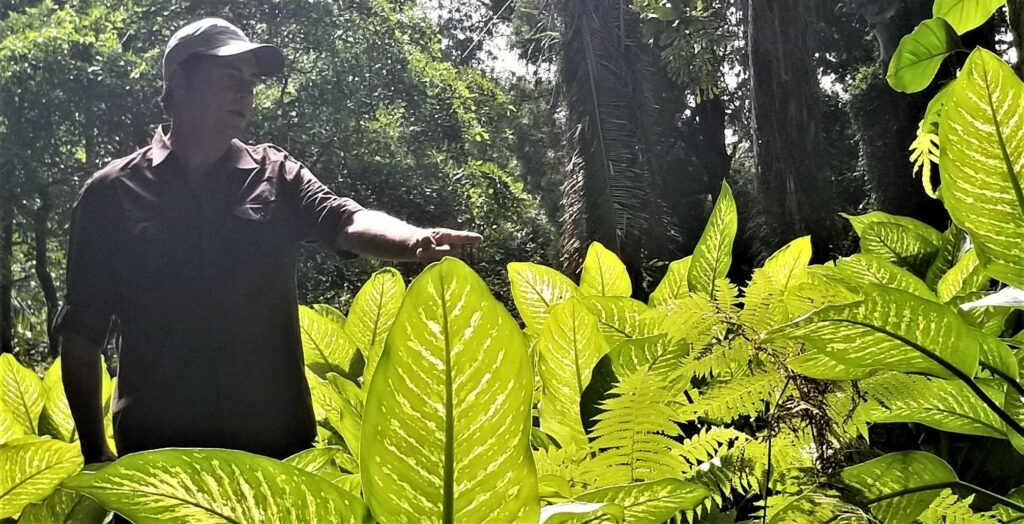 The journey through grief is one no one wants to take, but it is one we must all endure at some point in our lives. It is a matter of survival, and in survival situations we must accept the unacceptable.

Nothing really prepares us for the loss of a loved one. This is especially true in situations where the death was abrupt and unexpected. The passing could be due to an accident, the onset of a sudden illness, or even due to murder—nothing prepares you for that. Even in situations where you know your loved one is going to die due to a terminal illness, nothing really makes one ready to accept the reality of death.

Years ago, my best friend, Brad, and I went to Costa Rica. Brad was my traveling buddy and we often went on eco-tours together. As we hiked for several miles along the golden sand on the beach, we marveled at the crystal-blue translucence of the ocean on one side and the lush green of the tropical rain forest on the other. I was so caught up in the natural beauty that I didn’t realize I wasn’t wearing shoes when I left the hotel. Unexpectedly, a storm appeared. We were caught in a torrential downpour. Lightning streaked across the sky, creating a dangerous time to be on a beach. We looked to the jungle for cover.

Suddenly, we heard terrifyingly eerie wailing sounds coming from the darkness of the jungle. I’d recently seen the movie Jurassic Park, which was set in Costa Rica, and even though I was sure these sounds weren’t from a dinosaur, they were still frightening. “We can’t go in there!” I yelled through the pouring rain.

We ran toward the hotel, but it was miles away. The frequency of lightning strikes intensified. The rain pounded our bodies. After several minutes of running in the blinding rain and thick wet sand, we’d only traveled about 300 feet. At this point, we could barely walk—much less see. What to do? Brad yelled over the roar of the rain, “We have to go into the jungle.”

“Are you crazy?” I yelled back. “You heard those things—whatever they are! We can’t go in there. It looks dangerous.”

I could hardly hear Brad’s reply, “That may be, but you can’t change the fact we’re caught in this lightning storm.”

Reluctantly, we entered the dense rainforest. The tree canopy held back the rain, but the dark unknown of the jungle was ominous. Whatever creatures were making the screaming sounds were rustling in the trees above us. Something was up there, but what? A barefoot hike through a Central American rainforest was not something for which I had prepared. However, prepared or not, this ordeal had fallen upon me and I had to face it.

Brad saw my look of consternation. Always philosophical, he whispered calmly, “Do you curse the rain? Become angry with the jungle? Or do you change how you respond to the situation?”

Soon we discovered the source of the eerie, animal sounds high above us were the calls of howler monkeys. Like us, they were afraid of the lightning and howled out of fear. When Brad and I figured this out, our tension began to subside, and then we could joke about our plight.

Brad taught me an important life lesson. By surrendering to the inevitable and accepting a bad situation over which we had no control, we were able to change our perspective on the experience. Instead of seeing the rain as a negative force with no end and the jungle as full of shadowy monsters, we pushed forward and endured the ordeal. A barefoot journey through the rain forest was not easy. Negotiating deep underbrush, looking out for poisonous snakes, thorny plants, and menacing creatures in the trees above us was not pleasant. My feet were bruised and bloody, it was painful and exhausting yet eventually, we found a path. Once we had a clear direction, it seemed possible to get through the unknown of the jungle.

In many ways, this is what we must do in order to survive the journey through grief. One of the important lessons in my book Never Letting Go is that we cannot change the fact someone we love has died. For those who remain behind, the death of a loved one is a life-changing event. Even in situations where death is expected, no one is truly prepared for the gravity of the changes that occur. Often these changes are painful, lonely, difficult—and terrifying. The consequences may include depression or financial ruin. Yet there are many different ways to deal with grief. Accepting the reality of the situation and finding the right personal path will get you through grief and lead to important lessons.