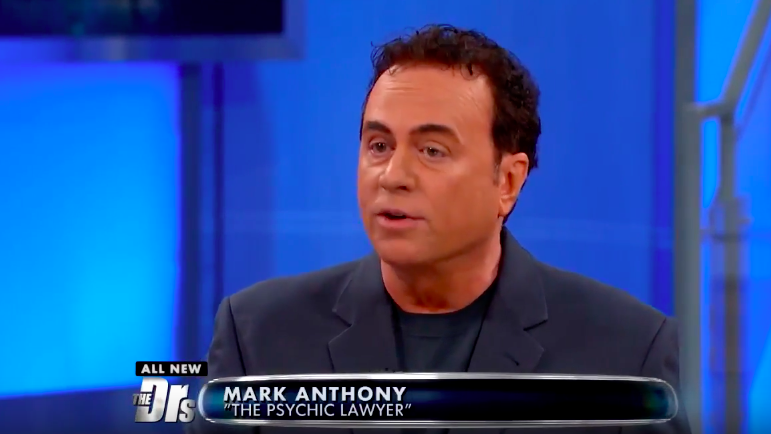 Morning Blend interview about “The Psychic Gland” and Quantum Consciousness 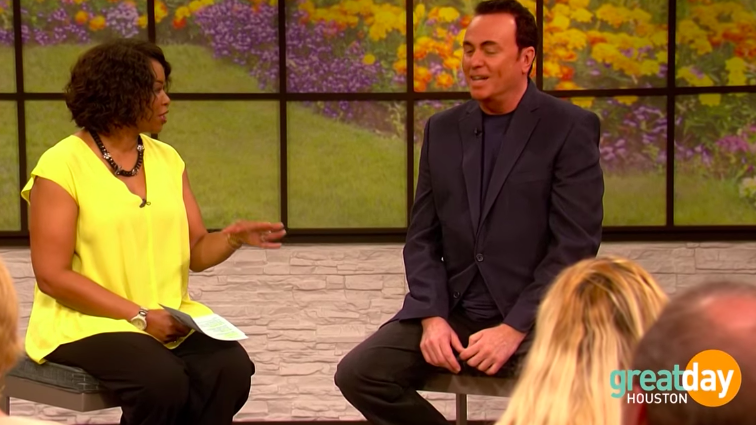 Great Day Houston, interview and conducting a reading which encompasses suicide and the science of spirit communication 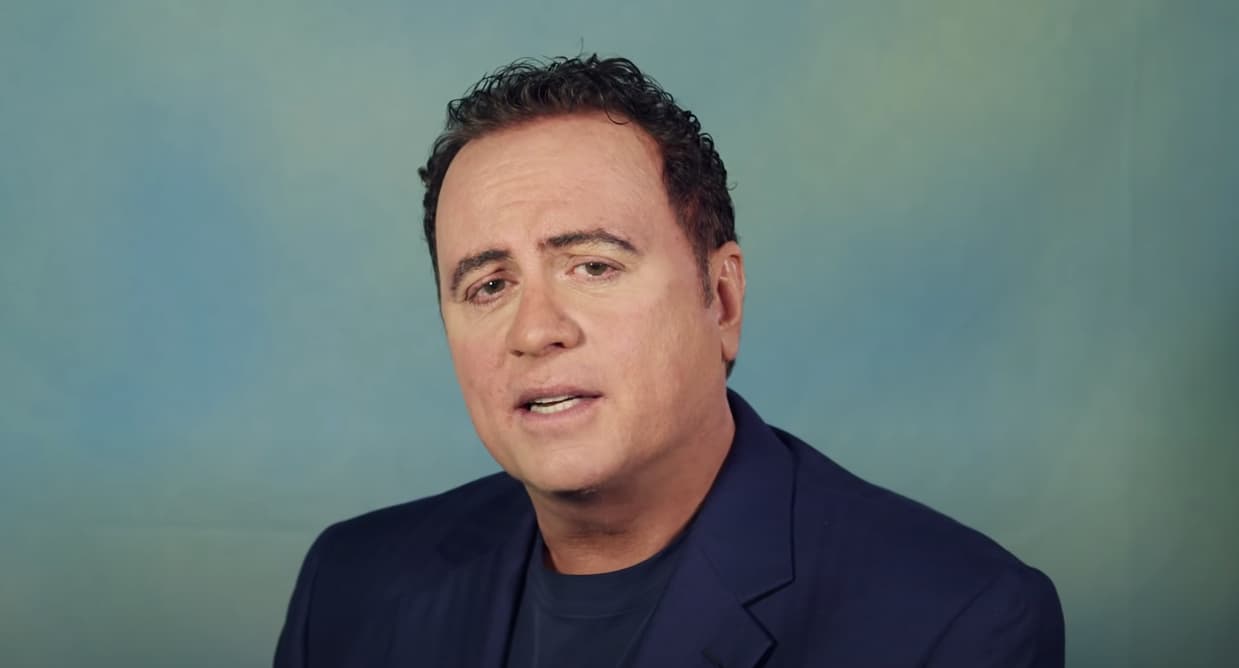 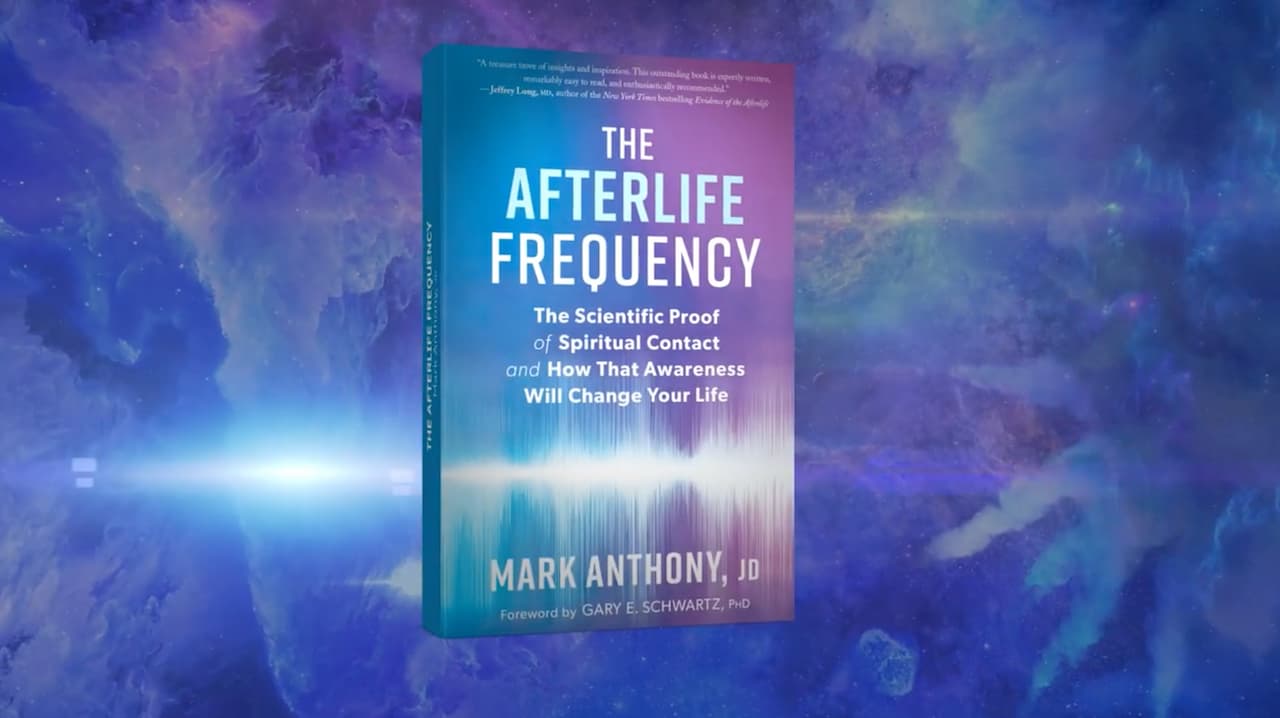 Mark Anthony, JD, Psychic Explorer (aka The Psychic Lawyer®  Psychic Attorney and Psychic Adventurer), is a world-renowned fourth generation science based evidential psychic medium who communicates with spirits. He is the author of the groundbreaking and critically acclaimed spiritual bestsellers The Afterlife Frequency, Evidence of Eternity and Never Letting Go.

Mark’s credentials and experience are unparalleled in the paranormal world. He is an Oxford educated trial attorney licensed to practice in Florida, Washington D.C., and before the United States Supreme Court. In England he studied Mediumship at the prestigious Arthur Findlay College for the Advancement of Psychic Science.

Dr. Gary Schwartz, Professor of Psychology, Medicine, Neurology, Psychiatry and Surgery at the University of Arizona and Director of the Laboratory for Advances in Consciousness and Health is one of the foremost experts on Survival of Consciousness and After Death Communication in the world. Dr. Schwartz studies psychic mediums and has ranked Mark as one of the top mediums in the United States.

THE PSYCHIC & THE DOC: Your Practical Paranormal Power Unleashed is co-hosted by Mark Anthony and Dr. Pat Baccili on the Transformation  Network. This live stream  show is broadcast on hundreds of AM/FM/Digital Radio Stations globally in addition to Apple, iHeart, Google Play, Stitcher, Spotify, YouTube, Facebook Live and Alexa.

Mark Anthony the Psychic Lawyer is the media’s “Go To Guy” when the paranormal and legal system collide.

He is featured regularly on TV and major Radio Shows nationwide. When he appeared on CBS TV’s Emmy Award Winning Show The Doctors where he performed a reading for a family in a brutal cold case. Information provided during the reading led to the murderer’s arrest. Mark was featured in the episode Quantum Leap to the Other Side on Gaia TV’s Beyond Belief with George Norry where he discussed some of his cutting edge theories presented in his book The Afterlife Frequency.

Mark is a recurring guest on ABC, CBS, NBC, FOX Television, Gaia TV and on major talk radio shows such as Coast to Coast AM, Darkness Radio, and Sirius XM as a psychic medium, paranormal and after death communication expert and legal analyst in high profile cases.

This “Psychic Explorer” has an extensive background in science, quantum physics, survival of consciousness and near death experiences, history, archaeology, philosophy and theology. One day Mark is lecturing at an Ivy League University about Quantum Physics and the next off to mystical locations in remote corners of the world to explore Ancient Ruins and Supernatural Phenomena–plus he’s got a great sense of humor!

Never Letting Go has been  recommended by hospices and grief counselors worldwide. This healing and inspirational book is the definitive guide to healing grief with help from the Other Side. This book takes an inter-faith approach and is for anyone coping with the loss of a loved one.

Evidence of Eternity is a groundbreaking and uplifting journey into the afterlife which the removes fear and superstition surrounding spirit contact. This book is intelligent, entertaining in style and presents the scientific basis and theories concerning life after death, spirit communication (both human and animal), karma, and reincarnation. Evidence of Eternity is one of the few books of its genre to be considered for a Pulitzer Prize. It has been released in several languages and is now available as an audio download.

The Afterlife Frequency is a riveting adventure that reads like a juicy novel transporting the reader around the globe and from the cosmic to the subatomic into the human soul itself. Mark reveals how the human experience encompasses Spirit Communication, whether through a medium, Near-Death Experience, Death Bed Vision or visitation from spirits of loved ones. The Afterlife Frequency presents scientific proof spirit communication isn’t paranormal or supernatural but a normal part of human nature and a powerful instrument of healing and love.

The Afterlife Frequency has been endorsed by the world’s top Survival of Consciousness scientists. It has also been recommended by spiritual icon, film legend and academy award winning actor Shirley MacLaine.

The Afterlife Frequency has been designated by PrettyProgressive.com as one of the top books about faith in God. Like Evidence of Eternity this book was also one of the few books in the metaphysical genre which has been considered for a Pulitzer Prize.

Mark’s life mission is to use his abilities to assist those suffering with grief caused by the loss of a loved one by connecting them with loved ones in spirit to prove the existence of the Afterlife and eternal nature of the soul.

To view videos of Mark Anthony’s TV appearances and videos of him conducting readings before live audiences, please see the videos at the top of this page.